Drs. Karikó and Weissman's mRNA discovery opened the floodgates for additional mRNA vaccines with potential to eradicate countless other diseases, even cancer.

They have received the world’s most prestigious prizes for their discovery science efforts, including the Lasker-DeBakey Clinical Medical Research Award, the Breakthrough Prize and the Albany Medical Center Prize in Medicine and Biomedical Research.

How do mRNA Vaccines Work?

A vaccine's goal is to train the body's immune system to defend against disease. Many vaccines use a weakened or dead version of the actual virus to stimulate an immune response. In contrast, mRNA (messenger RNA) vaccines use a genetic code to tell the body's cells to produce proteins that the immune system recognizes as the virus.

Learn the benefits of mRNA technology and how these vaccines are changing the world.

mRNA vaccines are essentially plug and play. We believe you can change the part of the mRNA that encodes a protein, plugging in new code specific to the virus we hope to protect against, and cause one's body to produce proteins that match that virus' proteins. We do not have to develop and manufacture an entirely new formula.

Dr. Katalin Karikó and Dr. Drew Weissman met while arguing over whose turn it was to use a copy machine. Their chance meeting at the University of Pennsylvania ignited a decades-long collaboration that ultimately fueled the mRNA COVID-19 vaccines protecting millions of people worldwide.

After a brief exchange over who could use the copier next, Drs. Karikó and Weissman struck up a conversation. He said he was using DNA to make an HIV vaccine. She argued for RNA. Intrigued, he asked her to join his lab.

Dr. Karikó was an expert in RNA but not a physician with immunology expertise. Dr. Weissman was a practicing immunologist but didn't have Dr. Karikó's RNA experience. Their combined backgrounds created a perfect environment for shared understanding and research.

In petri dish experiments, Dr. Karikó’s modified mRNA molecules could instruct cells to make the protein she desired. Her goal was the same when injecting mRNA into mice: New genetic instructions would cause the mice to make a customized protein and elicit an immune response. Unfortunately, the mice experienced harmful inflammation, and some died.

After several more experiments Drs. Karikó and Weissman made a breakthrough. They found that modifying part of the mRNA eliminated inflammation. Also, encapsulating the mRNA in tiny lipid (fat) droplets created molecules that, instead of being cast out by the immune system, worked with it to fight disease.

Then COVID-19 hit, and the modified mRNA technology developed at Penn Medicine by Drs. Karikó and Weissman took center stage. Both Pfizer/BioNTech and Moderna licensed Penn technology, which is used in the vaccines now being deployed to combat the virus.

The Pfizer/BioNTech vaccine was the first to receive FDA Emergency Use Authorization (EUA) in December 2020 for those 16 or older, and the first COVID-19 vaccine to receive full vaccine approval for the same age group. In May 2021, the EUA was expanded to include adolescents ages 12 to 15. In August 2021 it was amended again to allow for a third dose for certain people who are immunocompromised. The vaccine remains available under EUA for these groups. Moderna Therapeutics, which was granted EUA for its mRNA COVID-19 vaccine in December 2020, also uses the same modified mRNA technology created at Penn.

To date, a combined 360 million doses of mRNA COVID-19 vaccine have been administered in the U.S. alone. The Pfizer/BioNTech vaccine is protecting people from the disease in 126 countries across the globe, and 71 countries are using the Moderna vaccine.

On December 18, 2020, Drs. Karikó and Weissman received their first doses of the Pfizer/BioNTech COVID-19 mRNA vaccine, more than 20 years after meeting at that copy machine.

Beyond COVID-19, the potential for using modified mRNA to prevent and heal disease are extensive. Read this Q&A with Dr. Weissman about the COVID-19 vaccine and mRNA technology's future applications.

How Penn Is Using mRNA Vaccine Technology Beyond COVID-19

Drs. Karikó and Weissman's discoveries launched endless possibilities to prevent and treat many diseases. Penn scientists are working to leverage mRNA technology for vaccines to combat:

Learn more about how mRNA vaccines can help fight cancer.

Such as amyotrophic lateral sclerosis (ALS) and dementia.

Such as sickle-cell anemia.

Penn Medicine researchers are leaders not only in developing new approaches, vaccines and treatments, but in getting them to patients who need them. For example, Dr. Weissman's team is working with Chulalongkorn University in Thailand to help them produce an mRNA vaccine for preventing COVID-19 in middle-to-low-income countries. 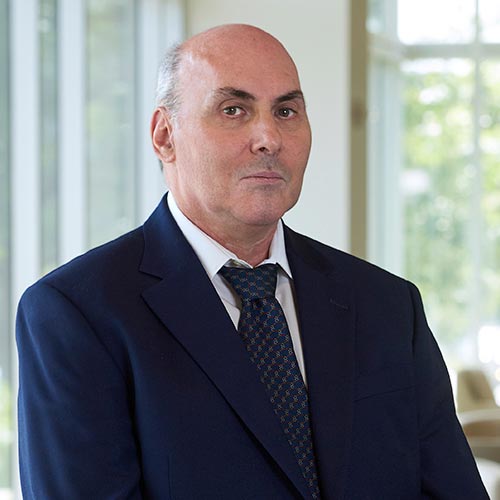 Even before COVID hit, we had already set up clinical trials for mRNA vaccines for genital herpes, influenza, and HIV, and we're developing more pathogen vaccines right now.

Philanthropy at Penn Medicine has a global impact. To support the next generation of mRNA research, make a gift online or contact Andrew Bellet at 215-573-0548 or abellet@upenn.edu.

Global Awards Drs. Karikó and Weissman Have Earned for Their COVID-19 Work

Drs. Karikó and Weissman are earning international prizes and acclaim for their lifesaving discoveries. 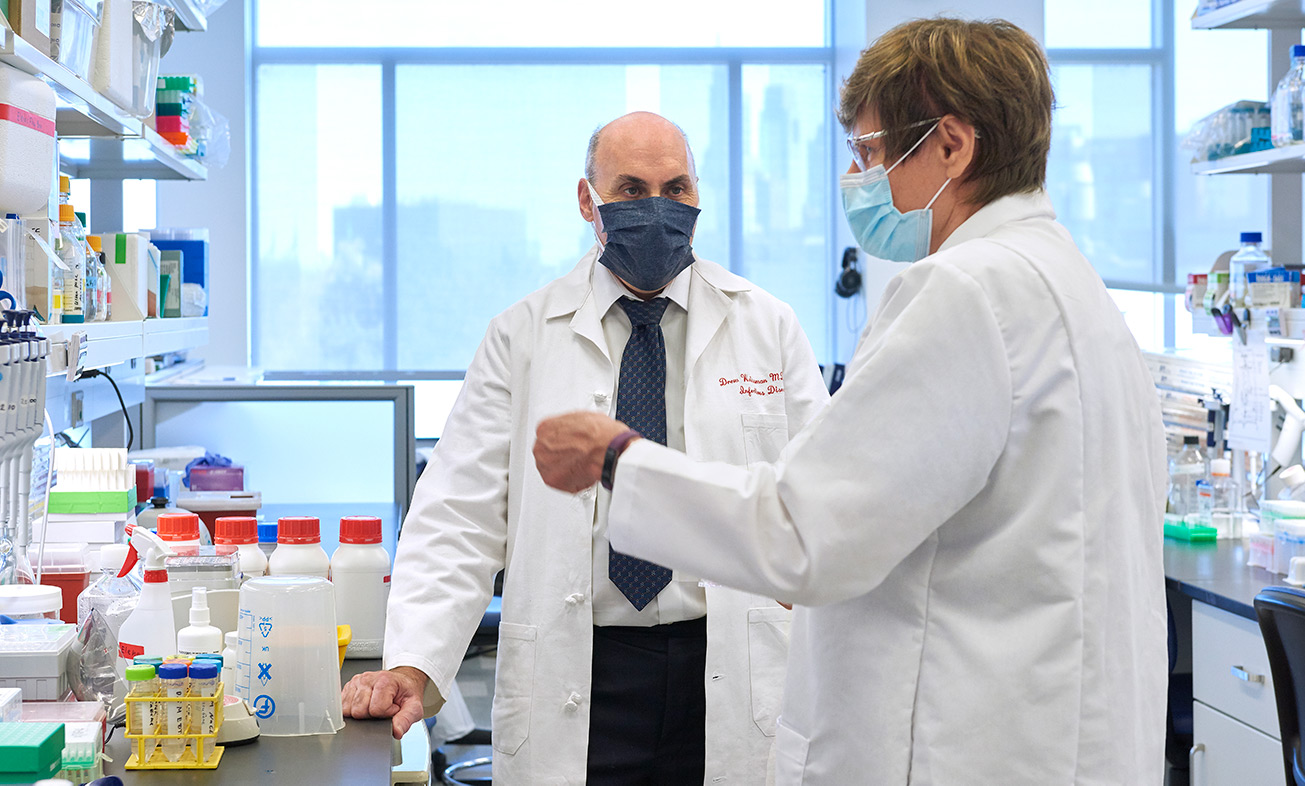 Media outlets across the world have traced the history of their exciting discovery science and its future potential. See these articles and videos to understand the excitement.